President Trump To 7-Year-Old: ‘Are You Still A Believer In Santa?’ 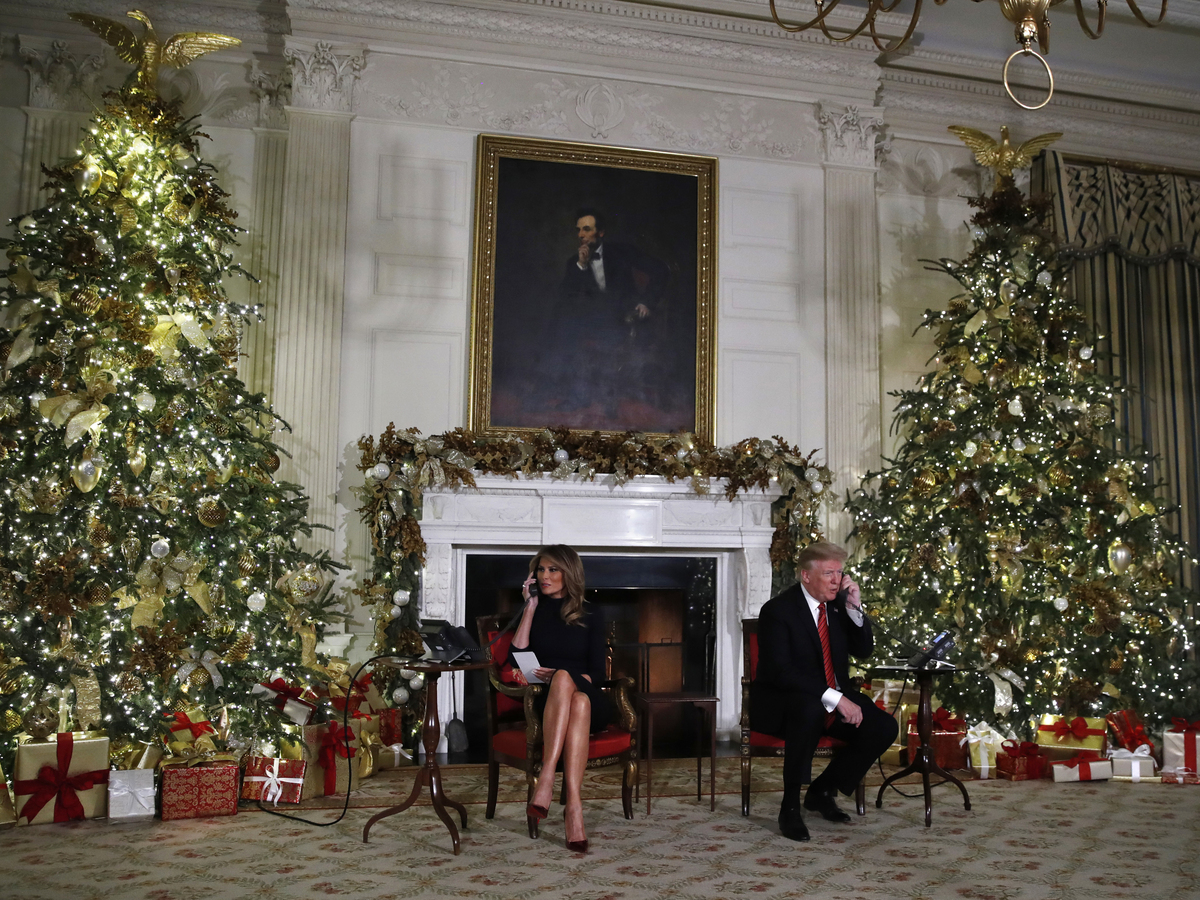 The setting was perfect. The fire was beautifully ablaze, the trees enormously enormous, as the first couple sat beside dainty telephone tables ready to delight young callers in search of Santa.

But what happened next could be considered less than perfect — especially for a young boy named Coleman or his family, who might have had some explaining to do after the brief phone call.

Coleman and the president had been connected through NORAD, the North American Aerospace Defense Command, which on Christmas Eve is tasked with tracking Santa’s movements as he delivers gifts around the world. (It is still operating despite the partial government shutdown.)

Since 1955, due to a serendipitous error, NORAD has kept tabs on the big guy in red. And in recent years, some children calling the where’s-Santa-now hotline have been treated to a one-on-one conversation with the first lady or leader of the free world, who usually dispense good cheer and happy holiday wishes.

The president’s delight in speaking extemporaneously is well know, but it seems to go best when it’s in front of large crowds of adult supporters.

A few seconds into the chat with Coleman, Trump asked: “You doing well in school? … What are you going to do for Christmas? … Are you still a believer in Santa?”

Naturally, the incident was captured on video as well as the moment that followed:

“Because at 7 it’s marginal, right?” Trump asked the child.

It’s unclear how Coleman responded or if he knows the meaning of the word marginal. The boy’s side of the conversation was muted. But Trump appeared unfazed by the possibility he may have just told a child that Santa Claus doesn’t exist.

After a brief pause, Trump chuckled for a second and said, “Well, you just enjoy yourself.”

A 2011 survey by the Associated Press found the average American says they continued to believe in Santa until they were nearly 9 years old.

And as far as parenting tips on how to initiate what could be difficult conversations with children about Santa, the Tooth Fairy or the Easter Bunny, there’s little evidence that they should be introduced by the president.