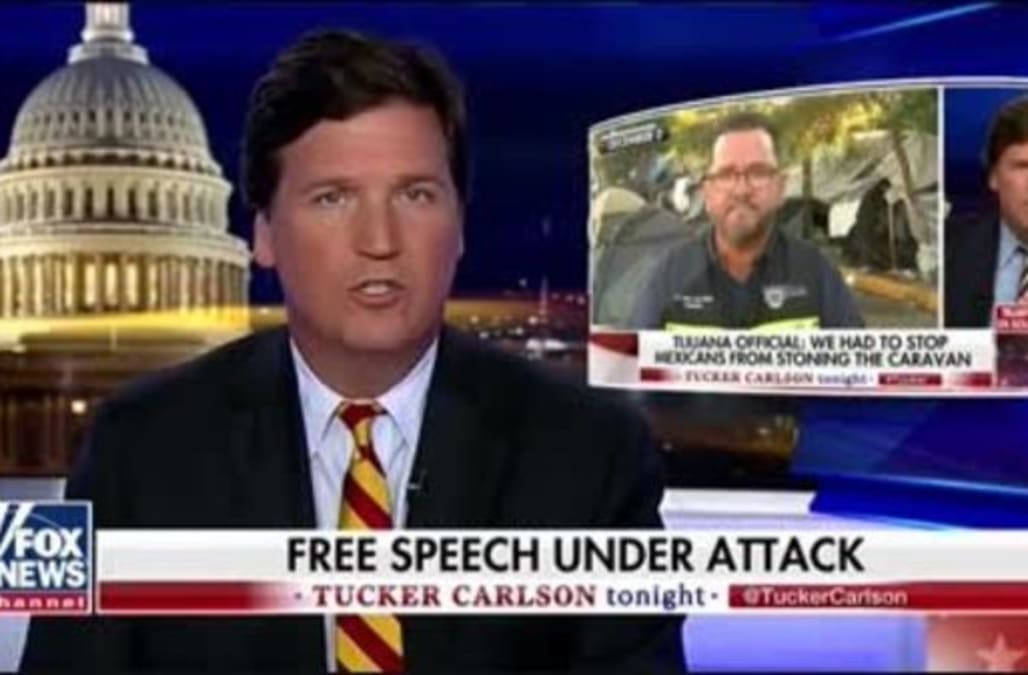 Bowflex’s decision follows similar moves by Pacific Life, the employment website Indeed and SmileDirectClub, which all publicly cut ties to the show.

“We can confirm that Nautilus, Inc., parent company for Bowflex, has pulled its ads from the ‘Tucker Carlson Tonight’ show,” the company told THR. “We have requested that Fox News remove our ads from airing in conjunction with ‘Tucker Carlson Tonight’ in the future. Aside from our decision to remove our ads from his show, we have no other association or affiliation with Mr. Carlson.”

Also on Monday, SmileDirectClub announced that it would pull all advertising on politically themed cable news programs.

“We are actively working with our media buyers to confirm that SmileDirectClub is no longer running our ads around any political opinion shows,” the told TheWrap.

Tucker Carlson through the years

Tucker Carlson and Patricia Duff during The 2005 Do Something BRICK Awards – Inside Arrivals at Capitale in New York City, New York, United States. (Photo by Robin Platzer/FilmMagic)

UNITED STATES – SEPTEMBER 02: Tucker Carlson, a correspondent for General Electric Co.’s MSNBC unit, speaks during Rally for the Republic, an event in support of Ron Paul, a Republican representative from Texas who lost to Senator John McCain of Arizona in winning the Republican presidential nomination, at the Target Center in Minneapolis, Minnesota, U.S., on Tuesday, Sept. 2, 2008. The protest convention was held on day two of the Republican National Convention (RNC), which took place in nearby St. Paul. (Photo by Keith Bedford/Bloomberg via Getty Images)

WASHINGTON, DC – JANUARY 7:
Tucker Carlson, a conservative pundit, at the office of the new website, the Daily Caller, on January 6, 2010, in Washington, DC. The site, at which Carlson is the editor-in-cheif, has been branded as a ‘conservative Huffington Post.’ (Photo by Jahi Chikwendiu/The Washington Post via Getty Images)

Meanwhile, Indeed responded to many Twitter users that not only was the company was out as a Carlson sponsors, but it had dropped the show a month ago. “Hi there, Indeed is not currently advertising on Tucker Carlson Tonight and has no plans to advertise on this program in the future,” read a tweet from the company.

Advertisers for Carlson’s show have come under an enormous pressure campaign by liberal activists after Carlson remarked on his show last Thursday that immigrants’ presence in the United States made the country “poorer and dirtier and more divided.”

In a statement to TheWrap on Monday, Fox News said it stood by its anchor and would not bow to pressure.

“It is a shame that left-wing advocacy groups, under the guise of being supposed ‘media watchdogs’ weaponize social media against companies in an effort to stifle free speech,” a network rep said. “We continue to stand by and work with our advertisers through these unfortunate and unnecessary distractions.”